I got to know Madame Summit through an online forum that we both are members of. She was looking for like-minded DJs, and it turned out that we did share quite a few views on how good music is supposed to sound like.

Asking her to do a feature for Sweet Headache was pretty much a no-brainer, and I am happy to present an exclusive DJ set by Madame Summit:

“I started as an Indie Rock DJ in 2007. I had organizied a party back then, and the DJ I had booked for the event didn’t show up. I didn’t want to cancel the event, so I just took over, and people really liked it. That got me interested in DJing, and I started applying for other parties and clubs after that.”

While Indie Rock was her first love, it didn’t stay her last. Madame Summit is still well-known for great guitar-tunes, but also got a taste for electronic music, especially Indietronic or rough distorted electronic sounds.

“I had this vision of really mixing songs into each other, but that doesn’t work too well with most Rock songs. However, I found most typical Techno tracks too boring, so I am glad to have found a kind of music that’s in between Rock and electronic music. I just like to have different styles in a set. Most Indie DJs just stick to a certain style, but that would be too boring for me.”

Having found her very own style, she also likes to combine different genres in a unique way. While most Rock DJs do not mix songs at all on the one hand and most electronic DJs try to blend tracks as seamlessly as possible, Madame Summit has found her own way of combining different genres.

“I do know how to mix songs seamlessly, but I sometimes find clearly audible breaks between songs interesting. I also like using samples to fill the gap between two radically different songs, like alarm sounds or dog bark. I love it when people stop for a second, listen and then continue dancing. Confusing people can be a lot of fun – both for me and for my audience.” 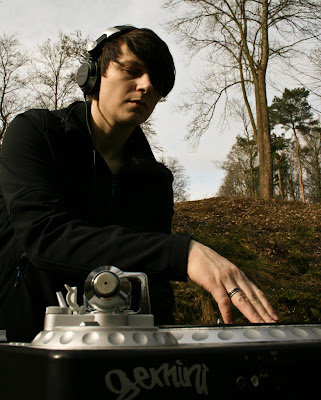 It’s no coincidence that she names The Prodigy, The Whip, MSTRKRFT and Boysnoize as her favorites. These artists also influence her beginning activities as a producer.

“I want to play music that makes people want to tear their clothes off. I am just starting to produce my own music, but this is definitely something that I want to pursue further.”

Madame Summit is a resident DJ at Blue Shell (Cologne) and Emergency (Münster).