I recently got to know CJ Masou at a release party for his label Puuhh Records. After talking to him for a few minutes, I knew that this guy has a unique point of view on electronic music, so I asked him if he’d be willing to do a feature for Sweet Headache.

Improvisation in electronic music, the overused term “Lounge” and old Jazz records were just some of the topics we discussed a few weeks later over a couple of beers. However, to give you an understanding of what CJ Masou sounds like, let’s start with an exclusive set that he gave me to share with you.

“My best tracks are excerpts of live sessions. The way I love to work is to create some beats and loops in Ableton Live and give a Jazz musician a basis for improvisation.”

To understand why a sentence like that is somewhat unique, one has to consider how electronic music is usually made: Many electronic musicians build their tracks in the same way as you would build a house: Starting with the basement (i.e., the beats), layer by layer is added until the track is considered complete at some point. This often involves a large amount preparation, tweaking, planning and post-production.

While CJ Masou also prepares his tracks, the actual music creation happens in a way that is much more similar to a Jazz session: Everyone agrees on a certain set of rules, and the rest just happens in interaction between the musicians.

“I often let the track itself inspire me. When I record something, this just means capturing a certain volatile moment in time. Of course, when I listen to an old recording, I sometimes think about what I could have done differently, but that’s ok to me. I can only capture whatever was there at that moment and release that as a track.”

The experience of playing live is very important for him, and even though his approach might sound a little unusual for an electronic musician, it has also brought him quite a bit of success.

“I started DJing in small clubs and bars in the area. I think this was a great experience, because you are very close to the audience in small locations. However, I got the chance to play live in the VIP lounge of a big trade fair for a couple of days together my friend Christian Schatka who plays woodwinds. When the trade fair ended, a guy approached us, gave us his card and said that he’d like to book us. Since then, we got booked for quite a few events, some of which were in big cities like London or Sevilla. However, I usually like to stay in the background and give the musicians I am playing with a greater visibility. To me, they are the true musicians. I am just the producer.“ 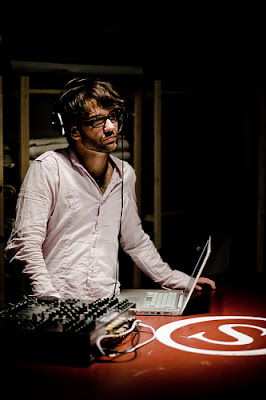 With a style that combines electronic music and Jazz, CJ Masou often finds his music labelled as “Lounge Music”. For him, this term is somewhat misleading:“I prefer to call it laid-back music. Certainly, a lot of what I release and play has a relaxed mood, but Lounge Music is often used to describe music with slow beats and rather simple melodies. That’s not what my music is about. For example, if you listen to old Jazz records like Miles Davis, you also have a quite relaxed atmosphere, but there is still so much happening in that music! I just don’t feel comfortable with my music being compared to boring Lounge music, that’s why I don’t like this term.”

CJ Masou is also the founder and owner of Puuhh Records, an independent record label that releases a mix of Jazz and electronic music. “Right now, there are mostly releases of my own tracks, but I got to know some really great musicians that I signed up for releases in the next few months.”

CJ Masou’s latest release on Puuh Records is called “Kolay”. Get it on iTunes!